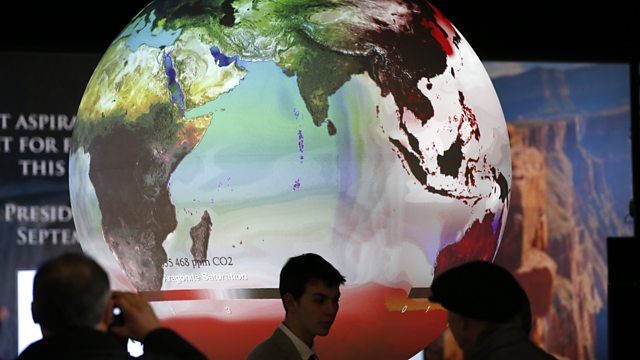 A new draft agreement has been put forward at COP 21, but can consensus be reached?

There's now less than 48 hours left for a deal to be struck at the Paris Climate Change summit. A new draft agreement has been put forward but representatives of developing nations say it allows rich countries to escape their responsibilities. So what are the prospects for success at COP 21? A question for Diarmuid Torney, an expert in global climate politics from Dublin City University.

Teenage children working on tobacco farms in the United States face a difficult and dangerous job. And not enough is being done to protect them according to a new report from the campaign group Human Rights Watch. It says 16 and 17 year old tobacco labourers are being exposed to nicotine, toxic pesticides and extreme heat. 17 year old Ana tells of her experience working in tobacco fields in North Carolina. Is this something the industry accepts?

We explore attitudes towards sex in China, against the background of the one child policy that effectively encouraged abstinence for the good of the state. The BBC's Rebecca Henschke brings us the latest stories from the Indonesian capital Jakarta. And a legal dispute over one of the most well-known English songs, Happy Birthday, has finally been settled out of court.

We’re joined throughout the programme by Beijing Rosie Blau, correspondent for the Economist and in Washington DC by Peter Morici from the University of Maryland.

(Picture: The US stand at the COP 21 summit in Paris. Credit: Patrick Kovarik/AFP/Getty Images)