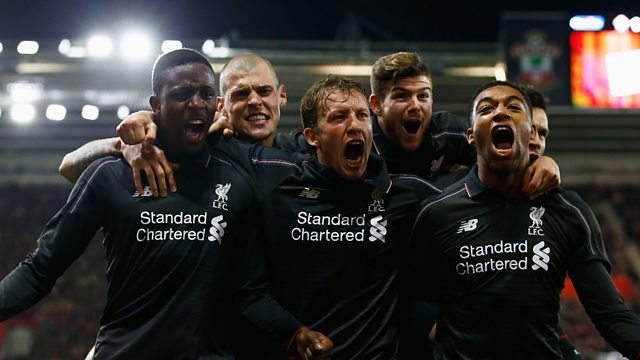 Liverpool beat Southampton 6-1 in the League Cup to book a place in the semi-finals.

Sadio Mane opened the scoring for Southampton within the first minute, but the visitors fought back with a returning Daniel Sturridge scoring two goals in four minutes. “That is why you wait for him,” exclaimed Steve Claridge. Divock Origi scored a hat-trick, with Jordon Ibe getting on the scoresheet as well.

This clip was originally from 5 live sport on Wednesday, 2 December 2015