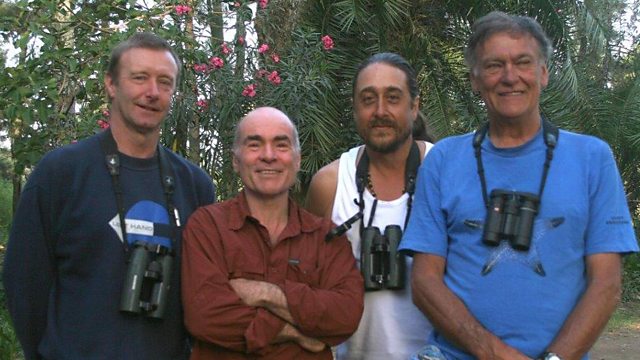 The search for the world's rarest bird

Twenty five years ago a British expedition unearthed a unique bird's wing in the mud of the plains of Ethiopia. It was the only evidence of the existence of the Nechisar Nightjar - a species of bird that had never been seen before. And as the years passed this single bird's wing became a totem for devoted birdwatchers like the Vernon Head from South Africa, who set off on a mission to find the elusive bird. He told Matthew Bannister that seeing the wing inspired him to set off on the adventure of a life time. Picture: Rare bird hunter Vernon Head (Second Left) with his colleagues
Picture credit: Vernon Head