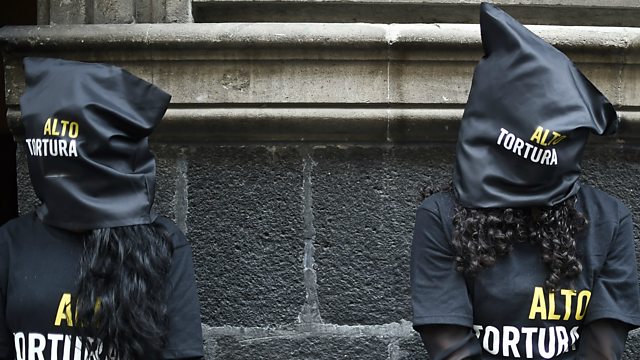 Torture: What is it good for?

The debate about torture and water-boarding was back into the spotlight in the US recently, with Donald Trump's claims that he would bring it back "in a heartbeat". But Shane O'Mara, professor of Experimental Brain Research at Trinity College, Dublin, says that torture is the worst technique for interrogating people.

(Photo: Activists of Amnesty International demonstrate against torture in front of the Journalist Club in Mexico City. Credit: AFP/Getty Images)