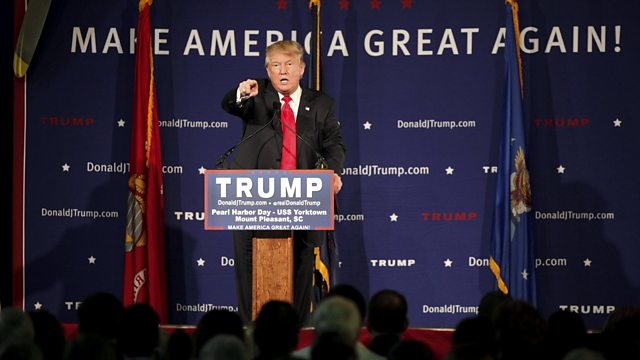 Outcry over Donald Trump's call for a ban on Muslims entering the US.

There has been a storm of condemnation after Republican presidential candidate Donald Trump called for a ban on Muslims entering the US. Also on the programme: Oscar Pistorius bailed over his murder conviction, Syria's opposition factions gather in Saudi Arabia for talks, and BBC Religious Affairs correspondent Caroline Wyatt describes life on the road with the Pope.