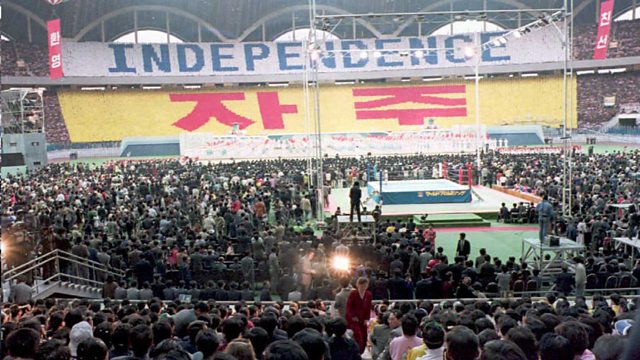 How an international wrestling tournament, featuring stars from America and Japan, wowed secretive North Korea in 1995.

In 1995, the Japanese wrestler, Antonio Inoki, organised an international tournament in secretive North Korea. Featuring wrestling stars from Japan and America, the Collision in Korea was an attempt to foster peace through sport and attracted crowds in the hundreds of thousands. Ashley Byrne reports. The programme is a Made-in-Manchester Production.

(Photo: The crowd at the Collision in Korea in Pyongyang. Credit: Getty Images).