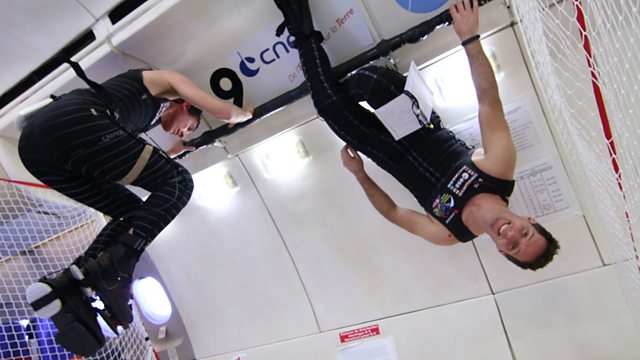 The skin suit designed to combat the effects of microgravity; Testing how far we can push human physiology and psychology; How the Overview effect might be therapeutic for all

In September the European Space Agency astronaut Andreas Mogensen became the first Dane in space when he went to the International Space Station (ISS). He was also the first to test a new skin suit developed by scientists at King’s College in London. The skin suit aims to protect astronauts from the harmful effects of microgravity, such as back problems experienced by some as a result of the body elongating by as much as seven centimetres in space. Tracey Logan meets Dr David A. Green, one of the developers of the suit, and Claudia talks to Andreas Mogensen about what it was like to wear it on the ISS.

Planet Concordia
One way of working out how people might cope both physically and psychologically on a trip to Mars is to study humans who are isolated on earth. Dr Alexander Kumar did just that for the European Space Agency, when he spent nine months at the Antarctic station Concordia conducting various physiological and psychological experiments on his team mates. They endured temperatures as low as minus 80 degrees, very low oxygen levels and spent four long, dark months in winter with no daylight. No-one could leave and the team of 12 were completely reliant on each other. As well as on Dr Kumar, who was also the station doctor.

Overview Effect
Anyone who has been to space never forgets their first experience of looking back at the earth from space. It is something that fewer than 600 people in the world have ever had the privilege to do, but psychological research shows that it can have a huge impact on the way astronauts view life and their place in it. But does it make a difference to us too? Millions of us have seen images of the earth from space with its mass of blue oceans and some even credit those pictures with spearheading the environmental movement.
It has been called the overview effect, and Annahita Nizami from City University in London has made it the subject of her PhD. Claudia also speaks to Michael Lopez-Alegria, an astronaut who flew on the space shuttle three times and spent some time on the ISS.

Why Cubans are Dying of Rich Peoples Diseases

See all clips from Space Week: A Space Medicine Special (3)