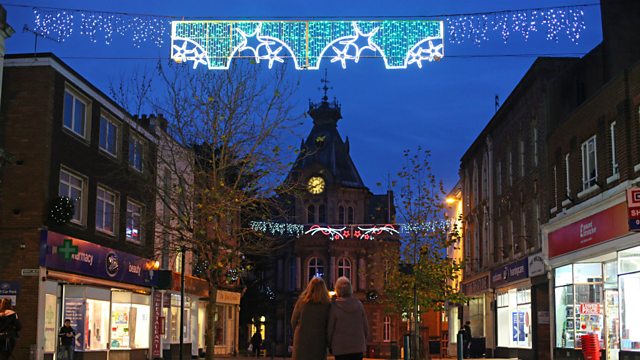 'We love' our Christmas lights that look like pants!

Tiverton in Devon has unveiled its new Christmas lights - but many local residents say they look like underpants hanging on a washing line.

Sue Griggs, the chair of the town's Christmas Lights Committee, told BBC Radio 5 live that the lights cost £15,000, and the design had been chosen because it was colourful and festive.

But once the lights were unveiled, many people highlighted their accidental resemblance to pants. Rather than being embarrassed, Ms Griggs said she is now celebrating the town's unexpected notoriety.

She said she loved "Santa's pants", and "doesn't think they got it wrong" by choosing them. She said they are the "the perfect answer" to bringing new people to the town to do their Christmas shopping.

This clip is originally from 5 live Daily on Wednesday 25 November 2015.