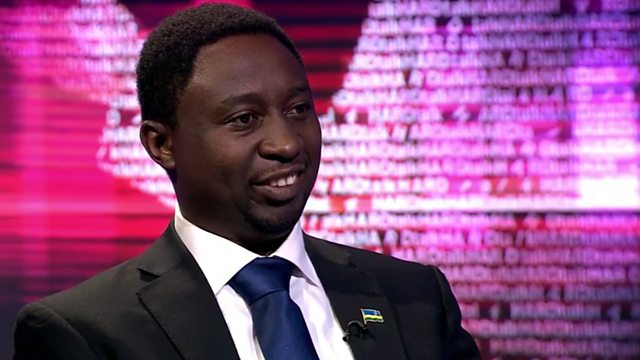 Frank Habineza, founder of the Democratic Green Party of Rwanda, thinks the country needs a new president, but can his party offer a better alternative?

Zeinab Badawi speaks to Rwandan politician Frank Habineza, who founded the opposition Democratic Green Party of Rwanda six years ago. He wants President Paul Kagame, who has been in power for more than 20 years, to stand down at the next presidential elections in 2017. Rwanda is still in the process of recovering from the genocide of the mid 1990's - and the government has been praised for its success in alleviating poverty and bringing about reconciliation. But Frank Habineza thinks it is time for a change and has been critical of government policy - what can he offer a nation that's been so scarred by tragedy?