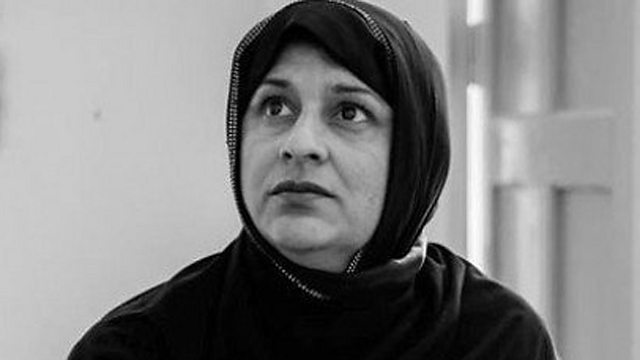 Sisters' Council of the Swat Valley

In the Swat Valley major decisions are often taken by men, in community councils called Jirgas. Tabassum got so fed up with women's treatment that she started her own.

On Outlook we are celebrating the 100 Women series here on the World Service by dedicating the entire programme to stories of incredible women.

Tabassum Adnan lives in what must be one of the toughest places in the world to be a woman - the Swat Valley. It was briefly a base for the Pakistani Taliban. They are no longer in control but it is still a very conservative region, where all major decisions are taken by men - many of them in community councils, called Jirgas. Jirgas are very influential and operate like a parallel legal system. They often rule on disputes between families, and can order that a woman from one family be given to another to make amends. Tabassum got so fed up with the way women were treated that she started her own Jirga.

Jasmine Bager grew up in Dhahran in eastern Saudi Arabia. She talks to Outlook about starting a feminist book club.

A fascinating insight into what it is like to be a woman living under the control of the extremists, Islamic State. The Syrian province of Deir Ezzor was taken over by the militants just over a year ago. The BBC contacted a young woman there, a former teacher, as part of the "good girl" project where young women from around the world share their stories about the pressures they face to behave in a certain way - to be "a good girl".

We also speak to the singer-songwriter Tracy Chapman. She got her big break in 1988 when she performed in London at a 70th birthday tribute concert for Nelson Mandela. When she walked on stage that day, she was an unknown young American with a guitar. But the TV coverage had 600 million viewers - and when she walked off stage, she was a superstar. We hear her memories of that day.

We Lived with a Grizzly Bear