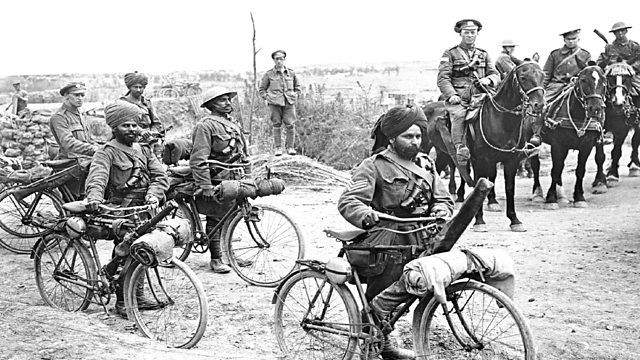 Indian soldiers in World War One

More than one million Indian soldiers fought in World War One alongside British troops - the largest force from Britain's colonies and dominions. The historian Shrabani Basu has written a new book about this - "For King and Another Country - Indian soldiers on the Western Front 1914 - 1918."

In it, she describes the sacrifices made by Indian troops and the bitterness many in India felt after the war when Britain refused to grant India more autonomy after the war. She spoke to Weekend's Julian Worricker and began by describing the scale of the Indian war effort.

(Photo: Indian soldiers at the Battle of the Somme, 1916. Credit: Imperial War Museum)