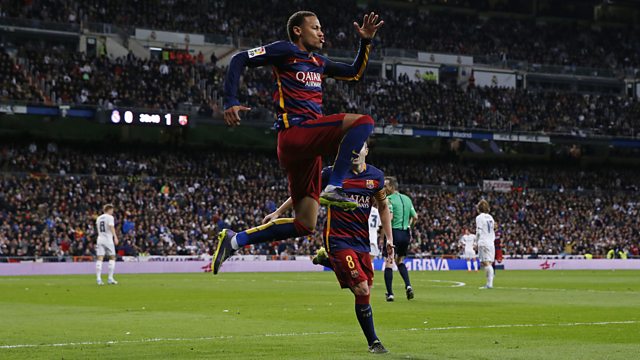 Barcelona moved six points clear at the top of La Liga as Luis Suárez scored twice in a dominant victory over Real Madrid at the Bernabeu.

The visitors controlled El Clasico throughout, opening the scoring early on when Luis Suárez struck from 16 yards, before Neymar sidefooted home.

Andres Iniesta finished off a fine team move to add a third after the break.
Suarez's cool finish wrapped up the win before Isco was sent off for a rash challenge to complete Real's misery.