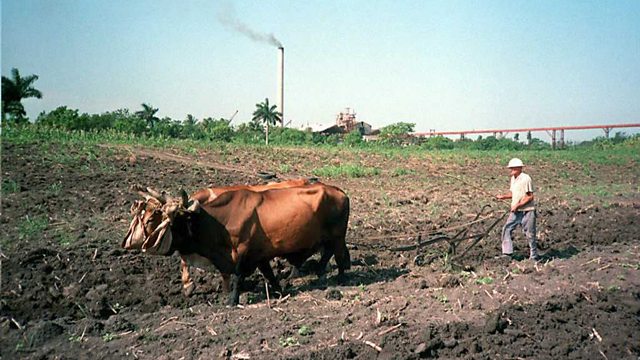 In the 1990s the Cuban economy came close to collapse after Soviet aid dried up. We hear from one man who opened his own business, risking arrest under communist rule.

In the 1990s the Cuban economy came close to collapse after the fall of the Soviet Union. The end of the millions of dollars in Soviet aid meant power cuts and severe food shortages on the Caribbean island. Some of the first private businesses started up under communism. We hear from Juan Carlos Montes, who opened a small restaurant at home to make ends meet, but was arrested by the communist authorities.

(Photo: Due to severe fuel shortages in the 1990s, a Cuban peasant is forced to use oxen instead of a tractor to plow a cane field (Credit: AFP/Getty Images)

Racial Equality on the Dance Floor