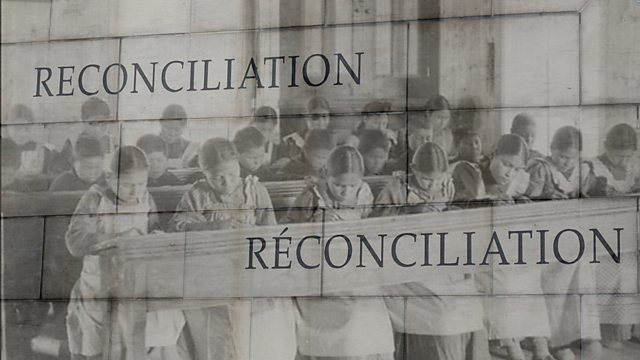 With the recent election of a new, Liberal government, the issue of reconciliation between Canada's indigenous peoples and the rest of the population is again high on the agenda. So what is the best way to atone for the wrongdoings of the past? The Honourable Justice Murray Sinclair, chair of the Truth and Reconciliation Commission; Kristina Llewellyn, professor of Social Development studies at the University of Waterloo; and Torsten Klengel, a German psychiatrist and geneticist now based at Harvard Medical School in the USA offer their views to Bridget Kendall and the Spur Festival audience at the National Gallery in Ottawa.

The Honourable Justice Murray Sinclair was appointed Chair of the Truth and Reconciliation Commission of Canada, which looks at those affected by the Indian Residential School system, in June 2009. He was Manitoba’s first Aboriginal Judge and the second Aboriginal Judge in Canada. He was awarded a National Aboriginal Achievement award in addition to many other community service awards, as well as nine Honorary Degrees for his work in the field of Aboriginal justice.

Author and public intellectual, Dr. Kristina Llewellyn studies oral history education as a form of peace education and a path to reconciliation. She is Associate Professor of Social Development Studies (Education) at the University of Waterloo. In 2012, she authored Democracy’s Angels: The Work of Women Teachers. It was the first-ever examination of the limits of educational democracy for women educators in the history of Canadian schooling. The Canadian Oral History Reader, which she co-edited and published in 2015, is the first primer on oral history scholarship ever produced in Canada.

Torsten Klengel, MD, is a research fellow with Kerry Ressler, MD, PhD, at McLean Hospital/Harvard Medical School. Using a well-established mouse model of fear learning, he seeks to understand the contribution of the non-coding transcriptome, in particular with regard to long non-coding and circular RNAs, to the formation of fear memories in mice. In addition, he seeks to understand inter- and transgenerational epigenetic effects of stress and trauma exposure.