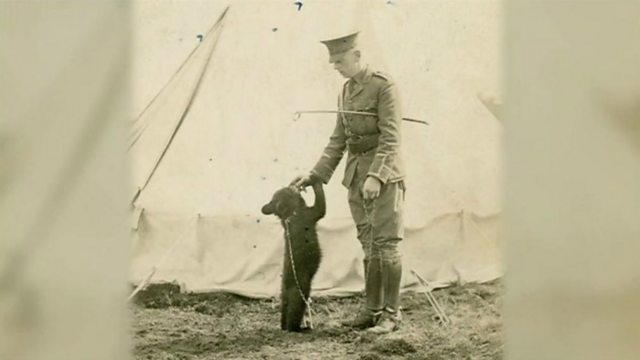 The Real Winnie the Pooh

Winnie the Pooh is one of the best-known characters in children's literature, and the inspiration is in fact a female bear from Winnipeg in Canada. Captain Harry Colebourn of the Royal Canadian Army Veterinary Corps brought the bear cub across the Atlantic in 1914 when stationed in the UK, at the start of World War One, and when his regiment went to France, it was donated to London Zoo. Newsday talks to Captain Colebourn's great-granddaughter Lindsay Mattick, who has written a book about her grandfather's relationship with the bear, 'Finding Winnie: The True Story of the World's Most Famous Bear'.