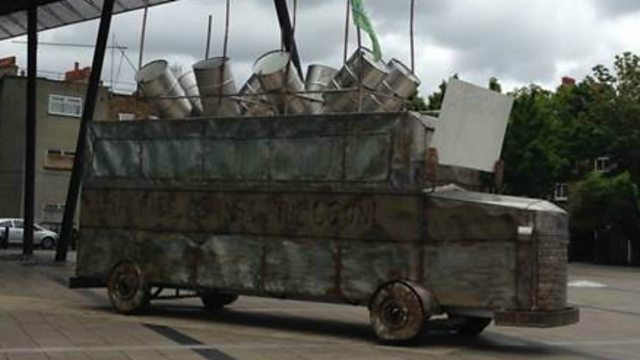 Twenty years ago Ken Saro-Wiwa and eight other Nigerian activists were executed by the country's military government. He had led a campaign against the oil industry for allegedly destroying the environment of the Ogoniland region in the Niger Delta. The Nigerian-born, British-based artist, Sokari Douglas Camp made a sculpture of a giant bus to commemorate their deaths. But it has now reportedly been seized by Nigerian customs after it was sent back to Ogoniland for the 20th anniversary. She told Dan Damon what she knew