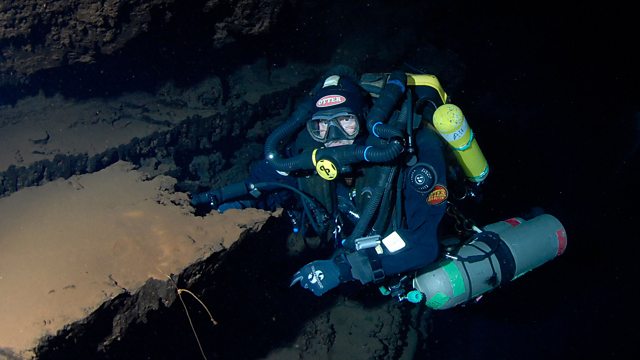 Death in the Deep

Don Shirley, a technical cave diver, found himself in a life or death struggle when his equipment failed 250 meters underwater, in the dark.

Ten years ago Don Shirley and his friend Dave Shaw were diving in Bushman's Hole, South Africa, one of the world's deepest submerged freshwater caves, when they made an unexpected discovery - the body of another diver. Resolving to bring the lost diver home, they mounted a recovery operation to retrieve the body, but things began to go wrong when at 250 metres Don's equipment failed and he found himself in a 12 hour struggle for survival underwater, in the dark.

Brené Brown is the American research professor who was catapulted to popular success when her 2010 TED talk on The Power of Vulnerability went viral - it has since been watched by over 22 million people. She has just published her latest book, Rising Strong.

Chhom Nimol is the lead singer of the Cambodian band, Dengue Fever. She and the other band members have brought their own perspective to the forgotten Cambodian songs of the 1960s and '70s which were banned under the brutal Khmer Rouge regime. Felicity Finch met Nimol during their recent tour.