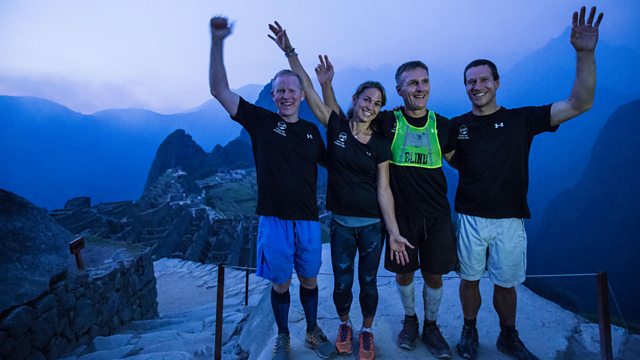 A Colorado man has become the first blind athlete to run the historic Inca Trail to Machu Picchu in under a day. Dan Berlin called it his "most challenging feat."

Along with a team of guides, Dan navigated the rugged 26-mile route in just 13 hours.

"The way we worked together as a team," he said, "we were able to tackle those hills in such a rewarding way."

Along the way, Dan raised money for disability charities, and he says he wants to change perceptions.
"We've got to have open eyes, so to speak, on how we look at people with disabilities all throughout the world."

This clip is originally from Up All Night on Sunday 25th October 2015.