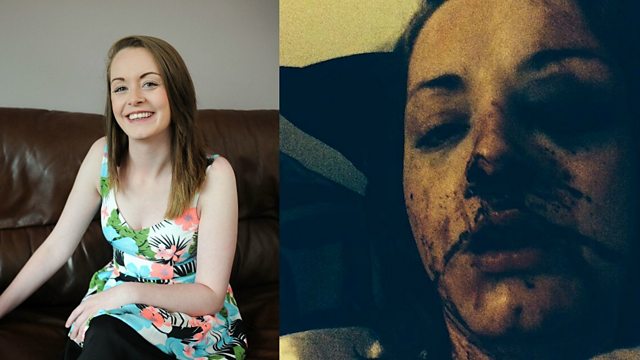 A woman left with a brain injury after being so badly beaten by her former partner has said that she "feels sorry him".

Colleen Higgins was left unconscious for two days after being attacked by Daniel Moore and only realised the extent of her injuries after taking a selfie.

"He helped me take a picture so I could see what my face looked like because I couldn't get to a mirror to see it".

"One eye was completely swollen shut and it was covered in blood. I had a cut under my chin and behind my ear. I was bleeding from everywhere, my nose, my ears. It was quite a picture".

Colleen has decided to share the photo to highlight the issues around domestic abuse.

This clip is originally from 5 live Breakfast on October 23 2015.