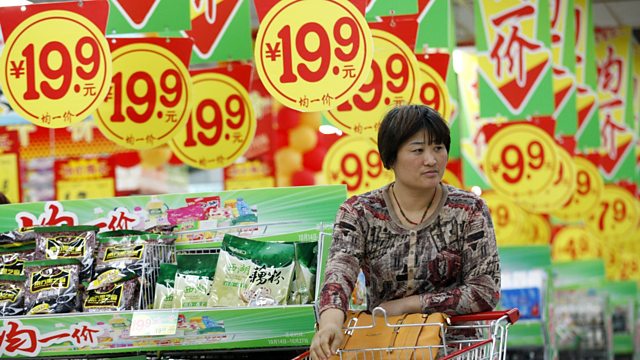 Is China facing recession? Plus, Google's aims to re-enter the Chinese market, Ben Bernanke on his years running the Federal Reserve, and why sweets taste sweeter in Kolkata.

What are the challenges facing China's ruling party as it prepares its latest five year plan? Professor Tyler Cowen of George Mason University in the US says the country could already be close to recession. But there is no reason to panic just yet. Also, Jeremy Wagstaff of Reuters considers Google's ambitions to re-enter the Chinese market just as a number of other multi-nationals are leaving.

We hear from the man who until recently was the world's most powerful central banker - Ben Bernanke - who has written a book about his years running the Federal Reserve. Finally, Rahul Tandon has been out and about finding out why sweets taste sweeter in Kolkata.