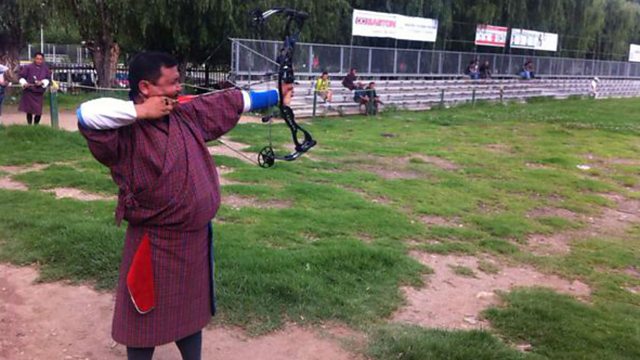 A few months back we brought you the story of the world's worst football team. The Bhutan national team had lost game after game for years.

Now, whilst we aren't claiming any influence, immediately after our feature, they beat Sri Lanka to earn a place in the next round of World Cup qualifiers. Things have gone less well since then, including a 15-0 defeat in their last game.

Having enjoyed the passion and warmth of the Bhutanese people we decided to go back and do a feature on a sport the Bhutanese do well. Very well. Simon Parker reports.