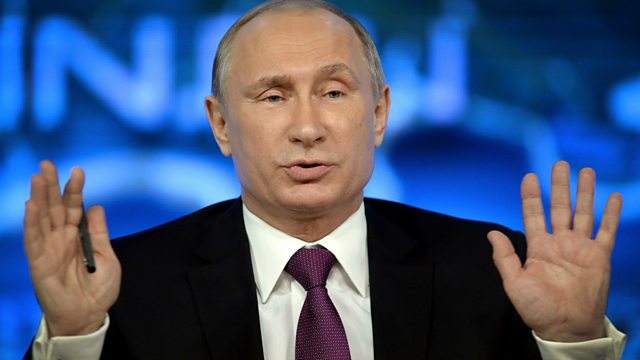 Should the West be doing business with Putin's Russia?

A special edition of Newshour Extra, recorded at the annual conference of the governing UK Conservative Party, discussing appropriate responses to Russia's actions in Ukraine and Syria. Should EU and US sanctions, imposed following Russia's annexation of Crimea, be re-assessed or perhaps used as a bargaining chip in negotiations over joint military action in Syria? Join James Coomarasamy for this week's debate in front of a live audience as they discuss the question: should the West be doing business with Putin’s Russia?