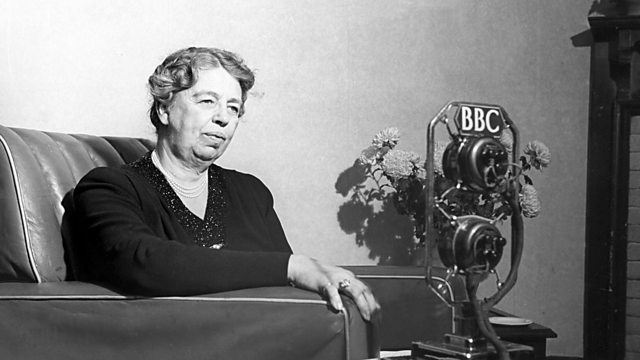 How Eleanor Roosevelt helped shape the role of First Lady and became the eyes and ears of her husband during his presidency.

It was Eleanor Roosevelt who first took the ambiguous position of First Lady and turned it into an institution within the American political system.

Despite being born into New York aristocracy, she had an unhappy childhood – and was both painfully shy and prone to bouts of depression. History, though, forced Eleanor to change.

In 1921, when Franklin Roosevelt was struck down by a polio attack he began to rely on his wife's campaigning verve more than ever. Eleanor was even coached in public speaking by her husband's aides. Marriage itself also played its part in shaping her. FDR’s infidelity meant their partnership became more of a political one than an intimate one. Instead, Eleanor found solace in close relationships with other strong women and in her role as an inveterate campaigner for causes such as minorities, refugees and women’s rights.

By the time she became America's First Lady in 1933, she had developed her own distinctive style - holding press conferences for female journalists and writing a regular syndicated newspaper column. Even after her husband's death, she continued her own career as a champion for the United Nations – crucially helping to write the Universal Declaration of Human Rights.

Naomi Grimley tells the story of how Eleanor transformed the place of women in American politics. She looks at how life’s disappointments shaped Mrs. Roosevelt and how she learnt to cope with the scrutiny and fascination of the mass media.

We Real Cool: The Poetry of Gwendolyn Brooks

The Battle for the Art of Detroit