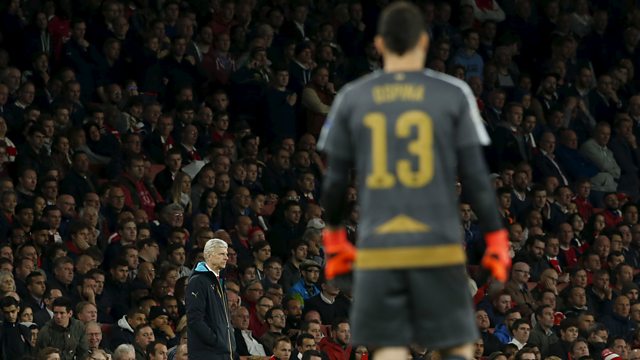 Wenger: 'I do not have to give you any explanation'

The Gunners boss picked David Ospina in goal instead of summer signing Petr Cech. The Colombian was at fault for the visitors second goal, dropping the ball when he tried to claim it from a corner.

In the post-match press conference, Wenger said: "I do not have to explain every decision I make. You're capable to judge what I do and I leave you to that".

Arsenal are bottom of their Champions League group, and play German champions Bayern Munich home and away in their next two European fixtures.