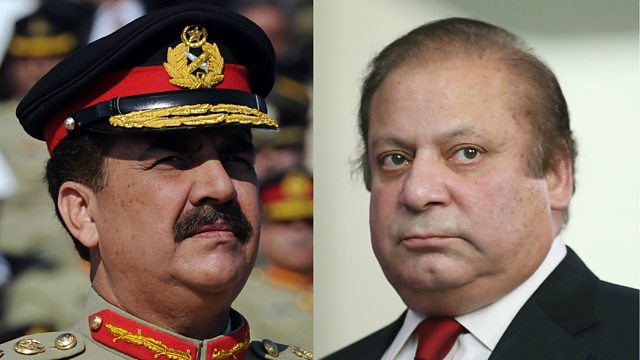 Is the military exerting a growing influence in Pakistan?

Owen Bennett Jones and his guests are in Islamabad to discuss who is actually governing Pakistan. Two years into the civilian premiership of Nawaz Sharif, there is much talk of the growing influence of the military in all the key decisions. The army chief Raheel Sharif is also increasingly in the public eye, with what appears to be a concerted social media campaign to raise his national profile. Are the men in uniform treating the civilian government as a democratic veneer for martial law by stealth? What are the consequences for both Pakistan and its neighbours?