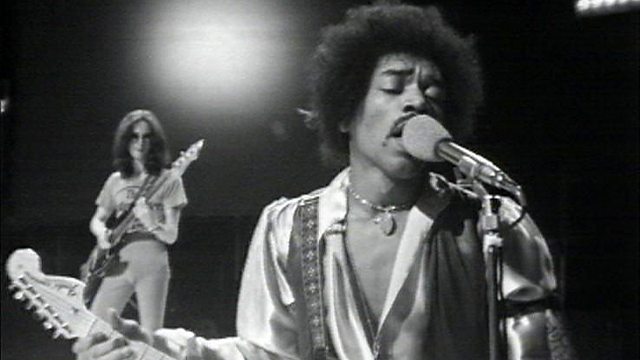 After a blistering performance of Voodoo Chile, on the Happening for Lulu show in January 1969, The Jimi Hendrix Experience stop midway through a half-hearted attempt at their first hit Hey Joe. The trio break into Cream's Sunshine of Your Love, in tribute to the recently disbanded group, until producers bring the song to a premature end.

According to the memoir of bassist Noel Redding, Lulu had been due to join Hendrix on stage to sing the final lines of Hey Joe, but the band wasn't too keen on the idea. The stunt (according to rock and roll legend) earned The Jimi Hendrix Experience a ban from performing on BBC television. Hendrix died the following year on 18th September 1970.