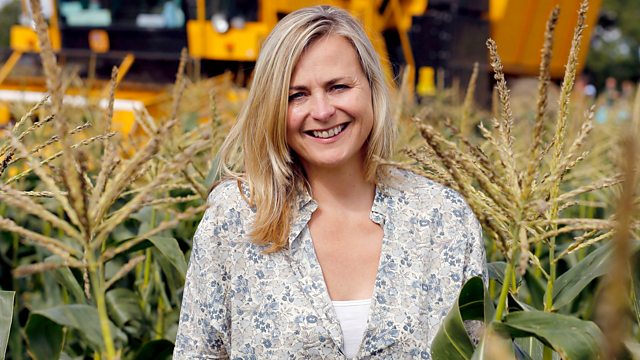 Gregg Wallace, Philippa Forester and James Manning witness the harvest unfold. The team is in the east of the UK, where James visits a lettuce farm controlled by robots.

Harvest returns for a second series to celebrate British farming, and follow the fortunes of some of our top farmers as they battle to bring in the 2015 harvest. Gregg Wallace, Philippa Forrester and newcomer James Manning cross the country visiting farms that produce world class crops and meeting innovative and pioneering farmers. We'll witness the harvest as it happens up and down the country. Each episode will focus on three different locations in the UK - North, East and West. The team will follow this critical time of year as the nation's farmers find out whether all their hard work has resulted in a successful yield, and show the impact that Britain's harvest can have on the food industry and everyday consumers.

In this episode, the team reports from the east of the UK, where pioneering sweetcorn farmer Peter Barfoot has spent decades turning exotic veg into regular British fridge fillers, growing vegetables that many thought couldn't be grown here in Britain. This region's sunny climate and fertile soils has earned it a reputation as the bread-basket of Britain. Also in this episode, Gregg helps out with the winter sugar beet harvest and reveals just how much sugar is produced from our home soil. Philippa finds chillies so hot they need a health warning and visits the Tiptree strawberry fields to try a sweet treat - the Little Scarlet strawberry, used for making a very special jam, a favourite with James Bond. And newcomer to the harvest family, dairy and fruit farmer James Manning, visits a futuristic lettuce farm controlled by robots to see a cutting edge drilling machine that plants seedlings faster than the eye can see.

See all episodes from Harvest

See all clips from The East (2)

Meet the farmers in Harvest 2015 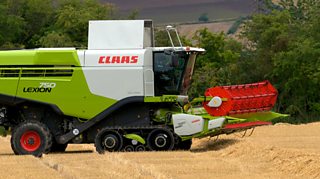 From growing chillies in the east, apples in the west, to grains in the north.