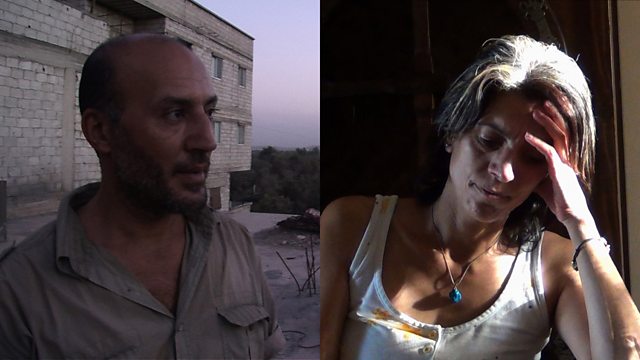 Syria: A Portrait of a Marriage

Amer and Raghda fell in love while locked up in a Syrian prison. We hear from Amer and the man who made a film of their story as their marriage fell apart.

We bring you the turbulent story of two political activists in Syria. They fell in love in prison, married and had children. But living under war and repression eventually tore their marriage apart. They are the subject of a new film by the award-winning British documentary maker Sean McAllister. He has been making films about the Arab world for over 20 years. In 2009 - two years before the start of the uprising in Syria - he went to Damascus to find subjects for a new project.

Brad Balukjian is a biology professor in Oakland, California. But alongside his interest in science, he has always been a baseball fan. A big baseball fan. This summer, he set off on a road trip to meet his childhood heroes from a single pack of 1986 baseball cards.

The Norwegian actress Liv Ullmann started her career on stage in the mid-1950s and made her name internationally working with Swedish film director Ingmar Bergman. Now a film director herself, Liv's latest movie is Miss Julie, based on the famous play by the 19th Century Swedish playwright August Strindberg. The BBC's Francine Stock speaks to Liv about the contemporary relevance of the play.