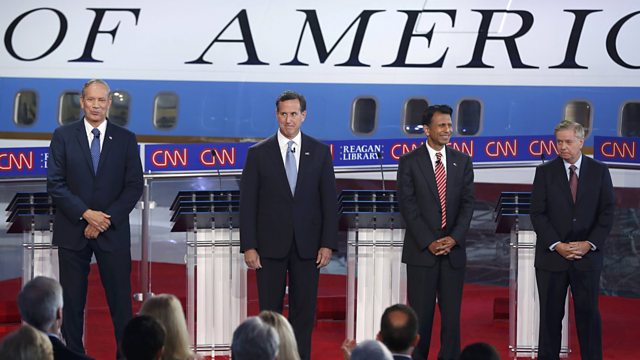 The UN and Serbia have heavily criticised Hungary for using tear gas and water cannon against migrants and refugees trying to enter the country. Serbia said the action was brutal and non-European.

The leading Republican candidates for next year's US presidential election have been taking part in a TV debate.

Soldiers have seized the interim president and prime minister of Burkina Faso, and radio stations are off air. Negotiations between the two sides are said to be taking place.