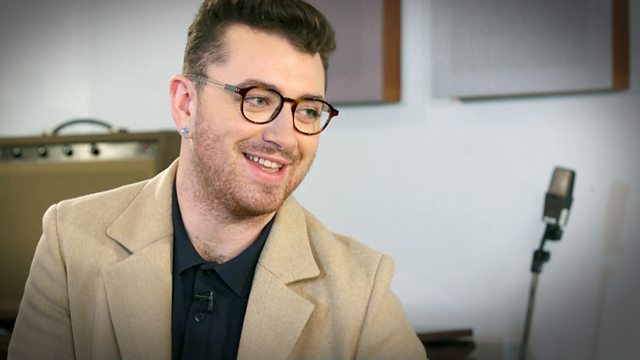 Sam Smith tells Nick Grimshaw the story behind his James Bond song, Writing's On The Wall; from first being approached to hearing the final piece, and everything in between.

Sam Smith tells the story behind his James Bond song, Writing's On The Wall. He sits down with Nick Grimshaw to discuss the number one track; the first Bond theme to achieve that accolade.

Sam discusses how he was first approached, how he set about writing the track, what influences were at play, and the special place an achievement like this has in his heart.

Along the way we hear from Disclosure, Naughty Boy, Jimmy Napes (co-writer of the song), David Arnold (Bond music legend), as well as many of the Radio 1 family.