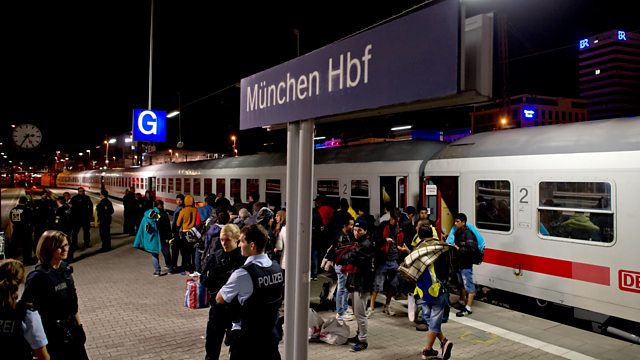 Germany will carry out checks on its Austrian border, after thousands of migrants arrive.

Amid chaotic scenes, 13,000 migrants arrived in Munich on Saturday. Shortly after, the German government announced it would reintroduce checks along its border with Austria. We get the latest from our correspondent in Berlin.

The arrival of refugees into Europe has also sparked a humanitarian aid effort to help those still in their home countries, particularly in Syria. But how best should that aid be distributed? A new UK government-commissioned report suggests giving people the cash directly would be the most efficient and effective way of helping. We speak to one the authors of the report.

Plus, research from Deloitte suggests millions of jobs could be lost to robots – but why might this not necessarily be a bad thing?