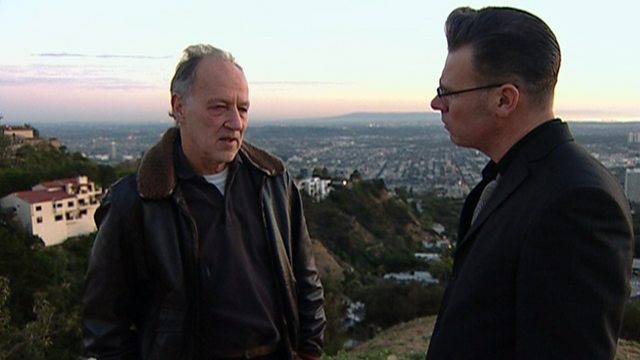 Werner Herzog is shot by an air rifle in 2006

Film director Werner Herzog is shot by an air rifle in Los Angeles while talking to Mark Kermode. Unfazed, Herzog carries on with the interview about his 2005 documentary Grizzly Man. It tells the story of environmentalist Timothy Treadwell, who died during his life's mission to get close to grizzly bears and film them. Herzog, born in Munich, Germany, on September 5th 1942, rose to become one of the greatest figures of the New German Cinema. First broadcast on the Culture Show in December 2006