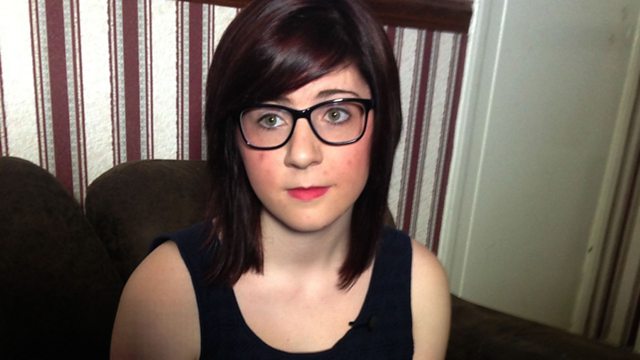 Shannon Rooney*, from Stirlingshire, was 15 when she was sexually assaulted in a classroom storeroom by a fellow pupil.

More than 5,500 alleged sex crimes in UK schools have been reported to the police in the last three years, 5 live Investigates has learned.

The majority of victims were children in primary and secondary schools, with a fifth of the offences carried out by other children, or ‘peer on peer’ abuse.

Shannon Rooney*, from Stirlingshire, was 15 when she was sexually assaulted in classroom storeroom by a fellow pupil. She suffered anxiety and nightmares after the attack.

“When you go to school you think it’s a safe place and you’re well looked after. To find out something like that can happen in school changes your whole perspective,” she said.

A government spokesman said all schools have a duty to report child welfare concerns to local authorities or the police.

*Shannon has waived her right to anonymity.