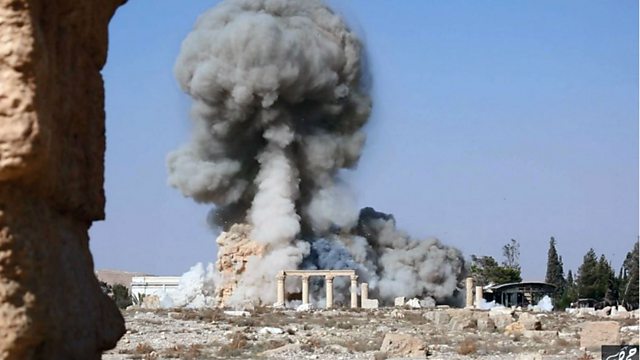 'Syrian society is being shredded'

Islamic State (IS) militants have destroyed part of Palmyra’s 2,000-year-old Temple of Bel - the largest temple at the ancient Syrian site, reports say.

The militants seized control of the world-famous Graeco-Roman ruins north-east of Damascus in May.

“This is such a major blow on a different order to anything else that’s happened for the whole of Syria,” said Syria expert Diana Darke. “Syria doesn’t know how to report this – it’s such a major loss.”

The conflict in Syria had been left untreated like an open wound for four years, added the author.

“Syrian society is being shredded.”