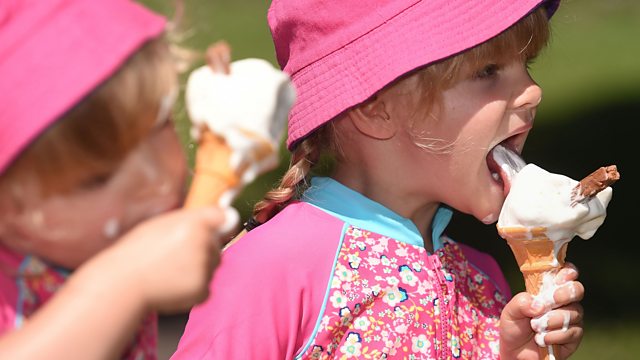 Scientists at the University of Edinburgh have discovered a protein which could make ice cream drips a thing of the past.

"We can't taste sweet things when they're very very cold," she said, so if ice cream can be eaten at a higher temperature, manufacturers will be able to add less sugar.

The protein could start appearing in products within the next five years.

This clip is originally from 5 live Breakfast on Monday 31 August 2015.