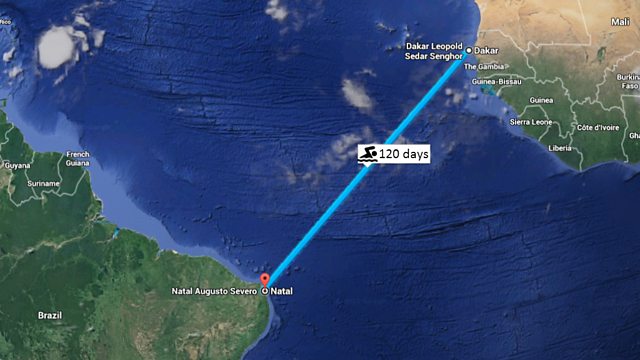 Meet Ben Hooper, the man who's swimming from Senegal to Brazil in a bid to become the first person to swim the Atlantic Ocean.

More people have landed on the moon than have swum an ocean in full, Ben is hoping to add his name to that list. It'll take him around 120 days of swimming in two sessions, totaling around 2000 miles. He'll sleep on a support boat over night to avoid the risks of sharks and jelly fish.

Speaking to Caroline Barker he said he was motivated by "a little bit of ego... I'd be a liar if I said there isn't an element of me trying to push myself and see what I'm capable of, but I think this is something so much bigger, it's about showing that nothing's impossible."