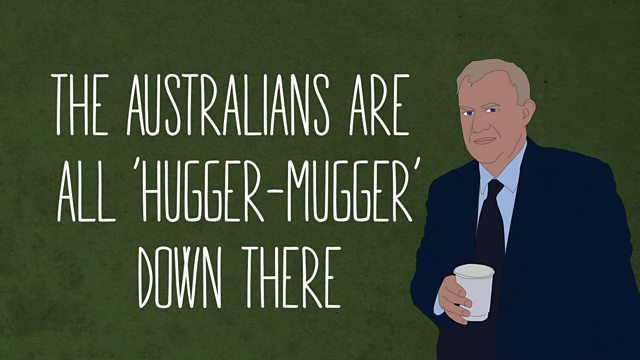 The tourists took England's four remaining second-innings wickets either side of a three-hour rain delay to win by an innings and 46 runs.

Peter Siddle made the breakthrough when he trapped Mark Wood lbw for six before Jos Buttler chipped Mitchell Marsh to mid-off for 42.

When play resumed in mid-afternoon sunshine Siddle bowled Stuart Broad and had Moeen Ali caught behind for 35 to finish with 4-35 as England were bowled out for 286.

The defeat will have no bearing on the destination of the Ashes, with England captain Alastair Cook lifting the iconic urn after his team won the series 3-2.

This clip is originally from Test Match Special on Sunday 23 August 2015.