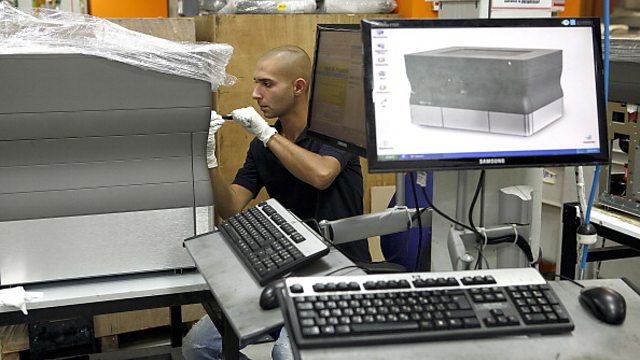 The Future of 3D Printing

Could recent developments in 3D printing benefit the natural world or bring extinct species back to life?

It is hard to escape the explosion of 3D printing stories in the media. Every day, it seems, the latest developments in 3D printing are thrust in front of our eyes and ears. 3D printing is at the cusp of an electronic and technological revolution - a revolution the likes of which the world hasn't seen since the dawn of the Industrial Revolution over 200 years ago. The indications are that it could soon be possible for 3D printers to manufacture any object from any material, including living cells.

Presenter Howard Stableford investigates a specific aspect and whether this development in 3D printing can bring real benefit to the natural world.

Along the way Howard discovers a 3D printed reef structure and scientific applications. With species extinction in the natural world a reality Howard then asks the bigger question - are we near the point when we could reproduce a living species?

An Orwellian thought maybe, but is it unreasonable to think that 3D printing might one day bring the dodo back from the dead.