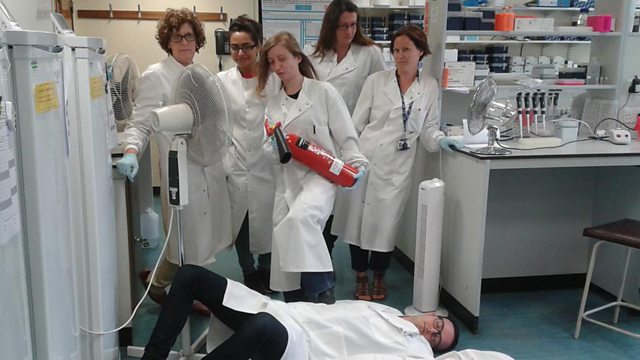 Women on the ‘Problem with Science’

Claudia Hammond talks to women scientists in India, Nigeria, Bolivia, the US and the UK. What's holding back women in science? What can be done about gender inequality in the lab?

Earlier in the year, the reported remarks about 'the problem with girls' by British biologist and Nobel Laureate Professor Tim Hunt' brought the issues facing women scientists into public spotlight. Although there have been questions about the reports of what exactly happened and what was said during Hunt's talk in South Korea, the story has given female researchers the rare opportunity to air the problems of gender bias in science to a much wider audience.

What are the factors holding back women in science? What can be done to improve gender equality in the lab? Claudia Hammond talks to women scientists in India, Nigeria, Bolivia, the US and the UK about their experiences and views.

Truth about the Body Mass Index

See all clips from Women on the ‘Problem with Science’ (3)