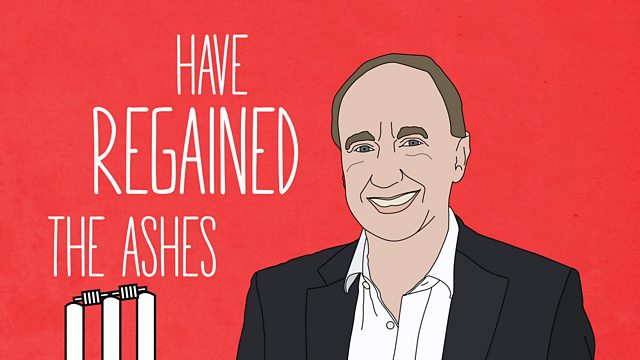 Watch a summary of the fourth Test…

England regained the Ashes after wrapping up a spectacular victory over Australia on the third morning at Trent Bridge.

The hosts took Australia's three remaining second-innings wickets in 39 minutes to win by an innings and 78 runs.

Ben Stokes took the day's first wicket to finish with 6-36 before Mark Wood clinched the victory by bowling Josh Hazlewood and Nathan Lyon.

England's second successive three-day triumph gives them an unassailable 3-1 lead in the series with one match to play.

The winning margin is all the more remarkable given it is only 19 months since England were on the receiving end of a 5-0 thrashing by the Australians down under.

This clip is originally from Test Match Special on Saturday 08 August 2015.