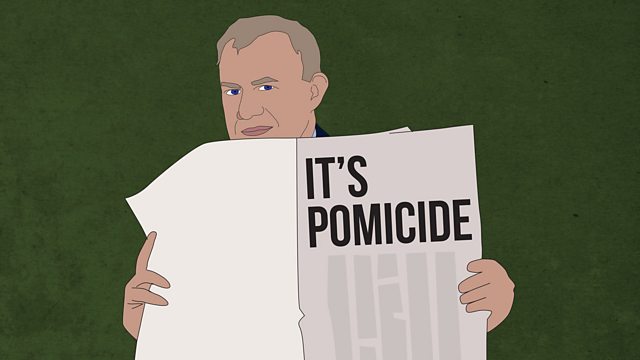 Watch a summary of the first day's play at Trent Bridge…

Stuart Broad took 8-15 as Australia were bowled out for 60 and Joe Root hit a century as England put themselves in a strong position to win the Ashes on the first day of the fourth Test.

Broad passed 300 wickets and equalled the fastest Test five-wicket haul - 19 deliveries - as the tourists were dismissed in 111 balls at Trent Bridge. It was the shortest first innings in Test history.

This clip is originally from Test Match Special on Thursday 06 August 2015.