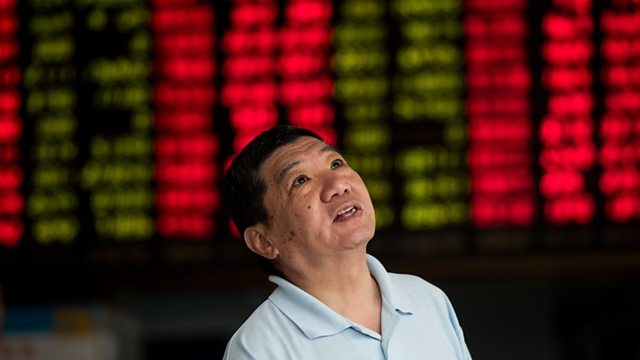 China's currency slide examined in the UK and in the US: what's really going on, and Lucy Kellaway of the FT on why real estate agents aren't as bad as many Britons think.

Following last week's 3% slide in the yuan, we examine what's really behind the move. Linda Yueh of Oxford University and the London Business School joins us in the studio, and we hear from Randy Schriver, a former deputy assistant secretary of state for East Asian and Pacific affairs under the Bush administration, about the hostile political reaction from the US. But, Steve Hanke, a professor of applied economics at the Johns Hopkins University in Baltimore, argues that the US is itself to blame for the surprise cut in the value of the yuan. He says Washington and the IMF have for years been placing too much pressure on China to track the value of the dollar, just as they tried to control the Japanese yen in the 1970s and 1980s. Japan slipped into deflation, he says, it's important China doesn't do the same. Also in the programme, Lucy Kellaway of the Financial Times argues that real estate agents aren't as bad as many Britons tend to think.
(Picture: Chinese financial trader; Credit: Johannes Eisele/AFP/Getty Images)