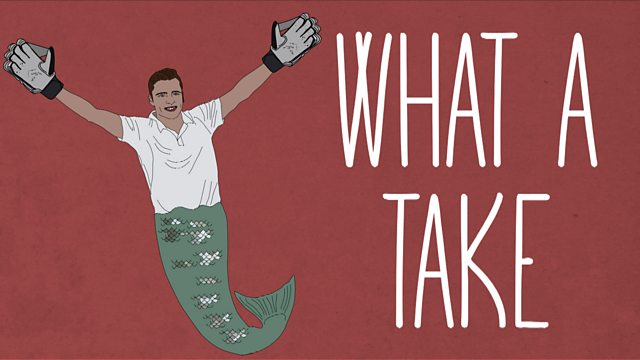 Watch a summary of the third and final day's play at Edgbaston in less than three minutes...

England completed an eight-wicket victory over Australia to take a 2-1 Ashes series lead at Edgbaston.

Ian Bell led the way with 65 not out and Joe Root chipped in with an unbeaten 38 as the hosts chased down 121 in 32.1 overs to win with ease on the afternoon of the third day.

Australia's last three wickets had added 97 runs as they were bowled out for 265 to leave England a testing target, with Steven Finn completing a Test-best 6-79.

But the hosts overcame the early loss of captain Alastair Cook for seven to clinch the victory that moves them within one win of claiming back the Ashes urn.

This clip is originally from Test Match Special on Friday 31 July 2015.