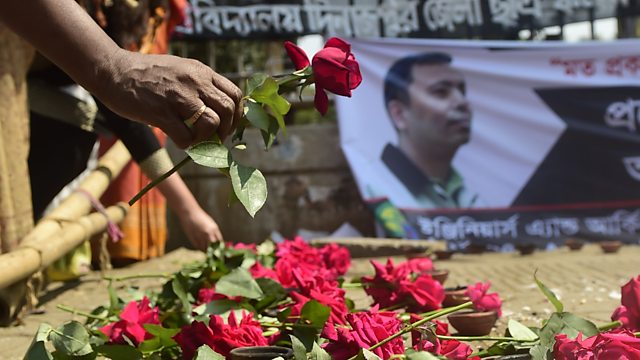 BBC Trending visits Bangladesh where a string of atheist bloggers have been brutally murdered for their views.

Already this year, three atheist bloggers in Bangladesh have been brutally attacked and murdered - seemingly for challenging religious belief. The suspects are Islamic extremists. It comes after a polarised online debate between secular and atheist bloggers and Islamists. BBC Trending is on location in the capital Dhaka, meeting bloggers living in fear and discussing what is happening with a special panel - including the country's Minister of Information Hasanul Haq Inu and a public audience. We look at how the clash between secular and religious views trended and then turned sour, and meet voices from all sides of the debate, drawn from the internet generation.

We also look at other trends from Bangladesh. The battle for justice for a 13-year-old boy who was killed by an attacker, who posted the video on Facebook, seems to have resulted in arrests. Plus, who are the Goats of Bangladesh - and why are they going viral on Facebook?