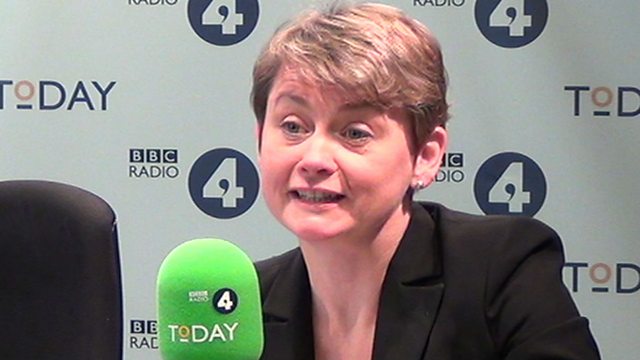 Yvette Cooper has urged Liz Kendall to stay in the contest to become the next Labour leader.

It has been suggested Ms Kendall's withdrawal would help prevent the left-wing MP, Jeremy Corbyn, from winning the leadership election by allowing her supporters to vote for Yvette Cooper or Andy Burnham.

Ms Cooper said it was "time to smash that last glass ceiling".

"We should shake up the old boys network in Westminster."