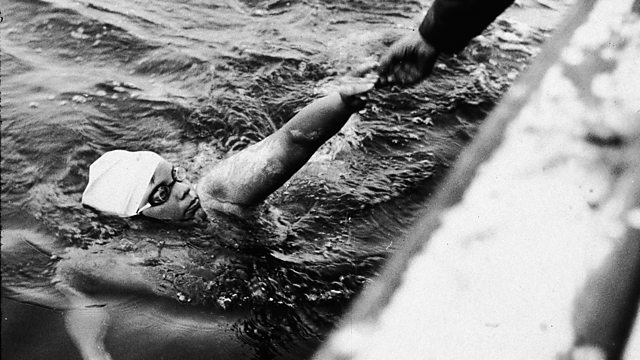 The Swim Between Superpowers

In 1987, Lynne Cox, an American long distance swimmer, braved the freezing waters of the Bering Strait to swim between the US and the Soviet Union in a bid to promote peace between the Cold War enemies. The swim was fraught with danger. The route between two tiny islands on either side of the international maritime border was just 4.3km but the water was extremely cold.
Lynne spoke to Witness about how her swim managed to ease international tensions.

See all clips from Witness History (300)