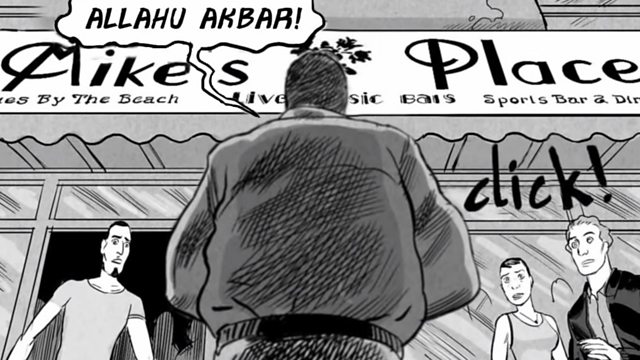 Mike's Place is a blues bar in the Israeli city of Tel Aviv. It's also the title of a new graphic novel by the American filmmaker and journalist Jack Baxter. In April 2003, Baxter travelled to Israel to make a film about the Palestinian leader Marwan Barghouti, who was due to go on trial in Tel Aviv. But when Baxter got to the courthouse, he discovered that a group of Israeli filmmakers were already making that film. Discouraged, he figured he'd go cry into a beer. And that's when he discovered Mike's Place.
Picture: A panel from the new graphic novel, ‘Mike's Place: A True Story of Love, Blues, and Terror in Tel Aviv’. Courtesy of First Second Books 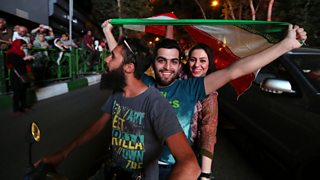 See all clips from History Now (3)