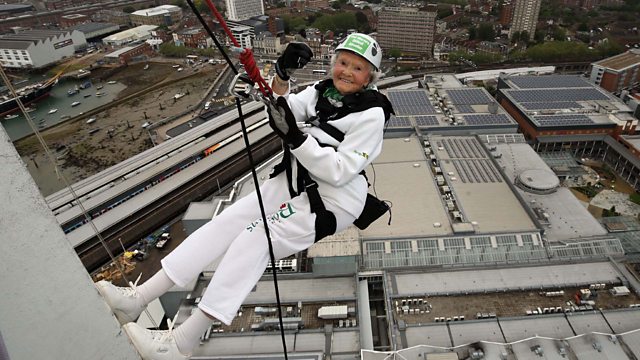 A 101-year old pensioner from Hampshire known locally as "Daring Doris" has broken her own record as the world's oldest abseiler.

Doris Long, a great-great grandmother, lowered herself down the Spinnaker Tower in Portsmouth to raise money for a hospice.

Despite it being her fourteenth abseil, Doris said this one was the "hardest" because the rope was heavy after previous rainfall.

However, asked afterwards by Drive's Anna Foster if she would abseil again, Doris said: "Hopefully yes!"

This clip is originally from Drive on Monday 13 July 2015.