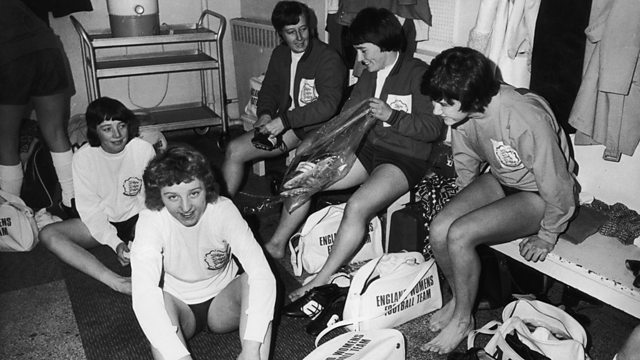 Sylvia Gore and the start of Women's Football

The midfielder who scored the first ever international goal for the England women's team.

In 1972, the England women's football team played their first ever international match, following a long campaign for official recognition by the Football Association. Sylvia Gore scored the first goal for the side in a game against Scotland. She talks to Sporting Witness about an era in which women footballers struggled to be taken seriously.

Photo: The first England women's team in the dressing-room in 1972 (Getty Images).

The Greatest Long Jump Competition Ever

Jana Novotna - From Choker to Winner