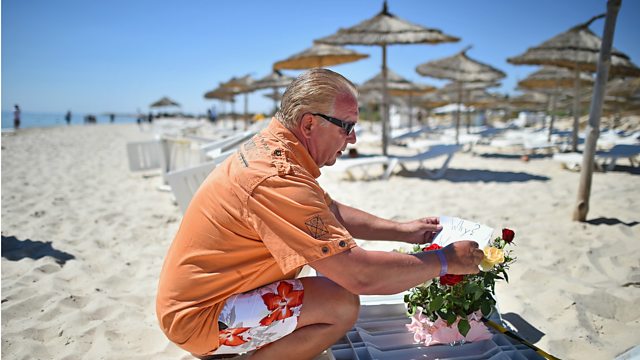 As Tunisians deal with the aftermath of the attack on the Sousse beach resort, Dr Amel Karboul, the former tourism minister, says Tunisians have worked too hard to build their democracy for terrorism to destroy it.

(Photo credit: A man places flowers at the beach next to the Imperial Marhaba Hotel where 38 people were killed. Jeff J Mitchell/Getty Images)